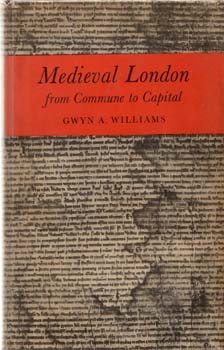 This is a pioneering study, based on the careful interpretation of evidence in the commercial and administrative records of the City and in the royal records, of the process by which London developed from a commune of a feudal kingdom into the capital city of the English nation.

The period covered is the century and a half between 1191 and the beginning of the Hundred Years' War.

Leading themes are the structure of the City's patriciate, the emergence of its administrative élite, the changing pattern of its mercantile interests, and the rise of its craft organisations; and a detailed account is given of the social and constitutional conflicts that marked London's history between the popular revolt of 1263 and the accession of Edward III.

A notable feature of the book is the reconstruction from the records of a large number of outline biographies of Londoners of all classes.