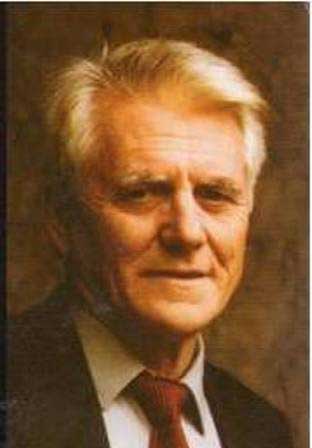 Gwyn married Maria Fernandez in 1950 and had a son, Simon Alun Williams in 1951.

From 1985 he worked as a writer-presenter for television and participated in several memorable productions.

In 1995 he was saluted for his historical and television work by Yr Academi Gymreig, the Welsh Writers Union and the BBC, at Chapter, Cardiff.

An authority on modern Socialism and Marxism, he made a major contribution to the history of Wales, especially in respect of its urban and Radical traditions in the eighteenth and nineteenth centuries.

His books are characterized by passion, a colourful style and wide erudition, qualities which made him one of the most recognizably individual public speakers in contemporary Wales.

He saw himself as “a people's remembrancer”, attempting to influence contemporary opinion by a dramatic presentation of Welsh history. More than anyone of his generation Gwyn A. Williams infused scholary history with immediate concerns, and his books, in range and content, reflect both his rooted particularity and his international prespective.

On the last named was based his part in the making of the television series, The Dragon has Two Tongues, for Channel 4 and HTV, written in association with Wynford Vaughan–Thomas and broadcast in 1985.

His other series include Excalibur: the Search for Arthur, an examination of the Arthurian legend, and The Delegate for Africa: David Ivon Jones (1883–1924), Hughesovka and the New Russia for BBC2 and S4C, and Writing on the Line for Channel 4, which won a BAFTA Wales award in 1991 for the best drama documentary.

See also the volume of reminiscences by Gwyn A Williams, Fishers of Men (1996).